learn how to secure, manage and deploy your IGEL solutions 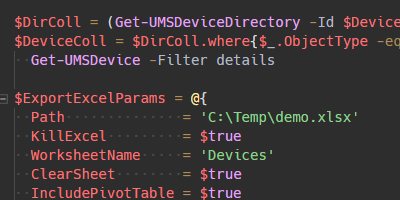 This is the first part of a series of blog posts regarding the powershell module PSIGEL.

IGEL provides with its Universal Managent Server (UMS) an endpoint management solution that has several options to automate workflows. You can (amongst other things) import devices and directories, export views, delete devices, assign profiles per view, send notifications per e-mail.

If you want to do a more powerful automation, IGEL has provided an API which is free to use beginning with UMS version 6.0. With the API you can (for the most part) create, update, move, delete devices, device directories, (master)profiles and (master)profiledirectories. You can utilize various tools, scripting and programming languages to build you own automations. There already exists a PowerShell cmdlet ready to use.

I decided to create my own PowerShell solution in form of a module called PSIGEL. I wanted to have a solution which is more modular and could easily be used and contributed to by other people. Functions in my module which uses the API are named in the following way: Verb-UMSNoun.

One other thing you can do to manage your IGELOS devices is to run commands on them via SSH. With the PowerShell module Posh-SSH there already exists a powerful way to do just that. I wrapped some console command executions, based on Posh-SSH as functions. Those Functions are named in the following way: Verb-OSNoun.

PSIGEL was developed and tested with (Windows) Powershell version 5.1. The adaption to Powershell (Core) 6.x is intended.

Microsoft operates a central repository for PowerShell code called the PowerShell Gallery. You can install the PSIGEL module from here. Open a PowerShell console as an administrator and run

Another way is to download the latest release from Release Page of the Github repository. Or you can always fork or clone the module. For all of these options you have to include the download directories to the PSModulePath of your Windows system or copy the files to a directory within the PSModulePath.

Home of the PSIGEL module is Github. Here you will find:

In the next part of the series we will take a look at the New-UMSAPICookie function which is essential for the use of the API-functions. 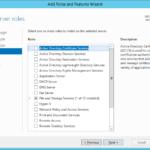 Citrix My Igel is slow,…. Really?